What to do if You are Having Anxiety Attacks

What to do if You are Having Anxiety Attacks

“Six months ago, I had an anxiety attack out of the blue when I was at work. I felt extremely nervous, my heart was pounding, my chest was hurting, I could not breathe, I was shaking, and I felt dizzy and weak. I was sweating, my stomach was hurting, I felt that I was having a heart attack. I felt I was going to die. I felt helpless and terrified. I almost passed out. I went to the Emergency Room. I was sent home after they ruled out any heart problems.

Gradually these attacks became more frequent, more intense and lasted longer. Last week, I had an attack that lasted for an hour and I went to the Emergency Room again. Finally, they told me that I have Panic Disorder, gave me medicine and referred me to a psychiatrist.

These attacks have taken over my life. I am scared to go anywhere, and I am constantly living in fear of having another attack. I cannot focus on anything. I am afraid to go to work or any social event.”

If you are having anxiety attacks (also called panic attacks), it can be part of medical illnesses or psychiatric conditions (e.g. Depression, Obsessive Compulsive Disorder (OCD), Post-Traumatic Stress Disorder, Generalized Anxiety, Social Anxiety), so it is important to see your primary care doctor or a psychiatrist to determine the cause.

If all other causes are ruled out, anxiety attacks are considered part of Panic Disorder, a chronic recurring illness. One to four percent of people suffer from it and women are two to three times more likely to be affected than men. It can start at any age but most common in early adulthood. When panic attacks occur, they are time-limited and not life threatening. Panic attacks can occur without any obvious reason or trigger; it can even occur while you are asleep causing you to wake up feeling nervous and scared. A person with Panic Disorder is more likely to develop panic attacks in response to minor stress or bodily sensations that resemble panic attack symptoms.

Some of the reasons for developing Panic Disorder include abnormalities in neurotransmitter systems; genetic predisposition; childhood sexual abuse; stressful events; recent history of divorce, and loss or separation from someone close.

If left untreated, a person can develop depression, substance abuse, OCD, and be at a higher risk for suicide. Social and family interactions become restricted and performance in school and work suffer. The most debilitating consequence is developing fear of going outside the home.

Like most medical conditions, panic disorder is not curable but is very treatable. Antidepressant medications, including Paxil, Prozac, Zoloft, Lexapro, Citalopram, Fluvoxamine, and Clomipramine are commonly used. Since these medications take four to six weeks to be effective, benzodiazepines e.g. alprazolam (Xanax), Lorazepam, and Clonazepam (Klonopin) are used to prevent and control panic attacks. Cognitive and behavioral therapies are equally important and effective. They help to identify the triggers and develop strategies to manage them. 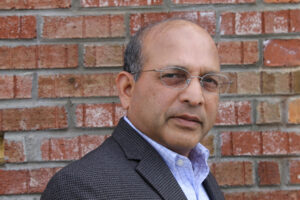 Image by Mohamed Hassan from Pixabay