Recently, a grieving couple asked me if their son will develop bipolar disorder and expressed worries about his suicide risk. They had suffered a tragic loss of one son with bipolar disorder to suicide. Any parent would have such justifiable concerns. Many non-psychiatric medical conditions often run in families and pose similar dilemmas. In fact, Dr. E. Fuller Torey, a psychiatrist who has devoted his life to research on schizophrenia and advocacy for those with mental illness, writes in his book, Surviving Schizophrenia: A Family Manual 7th Edition that “creating life is, and always has been, a genetic lottery.”

The question, which psychiatrists are often asked, is straight forward. The answer is more complex and fraught with frequent misinterpretations. Let us try to answer the question and discuss what you can do.

Many experts say that genetic heritability makes the individual vulnerable to a disease but not necessarily cause the disease. Environmental factors can cause the disease in an individual with genetic vulnerability. These factors include trauma (e.g., child abuse), drug/alcohol abuse, and stressful life events (e.g., relationship problems, financial losses, and legal problems).

Dr. Torey writes in his book that although genes play some role, the magnitude of the role may not be as significant as geneticists think. “The majority of individuals who develop schizophrenia – 63% – do not have any family history of schizophrenia in first degree (parents and siblings) or second-degree (grandparents, aunts, and uncles) relatives.”

In psychiatry, there is no test available yet to identify a schizophrenia or bipolar gene. Psychiatric disorders are not single gene disorders. Rather, the heritability is polygenic (involving multiple genes). In psychiatry, the only disease that has reasonable degree of genetic predictability is early onset Alzheimer’s Disease (onset before age 60 – average age of onset is 50). Here, the disease is transmitted to the offspring through a single autosomal dominant gene. Children of parents with early onset Alzheimer’s Disease have a 50% chance of inheriting the “defective” gene and hence developing the disease.

According to Medlineplus.gov, the inheritance pattern of bipolar disorder is unclear. Bipolar disorder, other mood disorders, anxiety, or psychotic disorders are relatively common in the general population, and so it would not be surprising to see more than one case in a family just by chance.

If you want to know what your chances are, it is advisable to seek consultation with a genetic counselor who specializes in this complex field. Chances are that your primary care physician or psychiatrist does not have the expertise to counsel you adequately in this matter. A good resource to finding a genetic counselor is the National Society of Genetics Counselors.

So, what can you do if you think that your loved one is at a greater risk of mental illness? Learn about the disease and available treatments. Be proactive at seeking a consultation and possibly help when you see the earliest signs. Stress cannot always be avoided but one can learn to manage it better and learn to cope with it more effectively.

Heritability of risk of suicide is a complex topic for another day. Stay tuned. 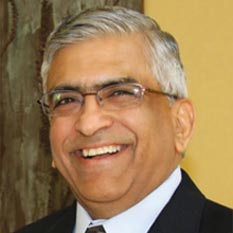 If you are interested in joining SAMHIN’s mission or have questions about the organization, please contact SAMHIN at info@samhin.org.

Feature image by kjpargeter for Freepik