On Being a Divorced Indian Woman

On Being a Divorced Indian Woman

As young Indian girls, we all have a fantasy of love, marriage, and happiness. Indian societies, including our families, friends, media, and movies all reinforce these expectations. No one ever considers divorce as a possibility. Indian societies have viewed divorce as taboo for generations, and that taboo has carried over to the immigrant Indian community in the United States.

According to census data, the divorce rate among the Indian population is less than 1%. Many believe that the rate is so low because of strong Indian family values. This is a misconception, however. Many Indian couples separate instead of legally getting a divorce, leaving no public record. Some people continue to live in unhappy marriages for the sake of their parents, children, or even in fear of communal isolation, and as a result, sacrifice their own physical and mental well-being. Unfortunately, women have it worse. Indian societies have preconceived notions about a woman’s role and position. And when divorce becomes inevitable, it is the woman who carries the biggest burden of stigma, trauma, shame, and isolation.

My outlook changed instantly. I connected with as many divorced Indian women as I could. We became a support community for one another. I created a Meet Up profile and was surprised at the number of responses I received. I hosted a pot-luck meeting at my house and welcomed several divorced Indian women – all strangers – ranging in age from 29 – 55. The common feeling among us all was that of a relief – relief of not being alone, being able to talk freely, and being ourselves without fear of judgment. The emotional support for each other was priceless. I was completely moved. That is when I decided to develop a support system with resources for divorced Indian women and empower them the way I felt empowered.

I grew up in India, bombarded by the social customs, traditions, mindsets, and taboos that make up the fabric of Indian society. However, I have not allowed these to impact the way I live my life simply because many of the so-called social rules are meaningless – they do not add to the quality of my life. With this mindset, I have been forthcoming about my marital status from the beginning. I did not want anyone whispering about me behind my back, wondering how to interact with me. It was also an opportunity for me to find out who my true friends are. If my marital status determines who interacts with me or isolates me, then they are not really my friends. Of course, this is more challenging when “these people” are family. But in my case, I have not lost the support of friends or family, both in the US and in India.

There is life after a divorce, and I am living it. It was up to me, however, to create that life. The only way to move forward is to divorce yourself from the idea that being divorced is wrong and shameful. It is easier said than done. But it is possible and liberating. 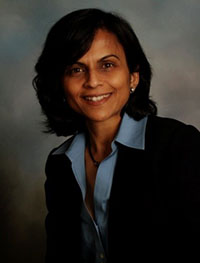 by Jyothi Narayan
Jyothi is a CPA and SAMHIN volunteer living in Philadelphia and working as an independent consultant. She has an MBA from Temple University and is working on her second graduate degree, a MA in community development.