Anti-Medicine is Not Pro Mental Health

Anti-Medicine is Not Pro Mental Health

In keeping with SAMHIN’s mission of greater dialogue on mental health in South Asians and highlight the important work of others in this area, we invited Mrinal Gokhale, mental health advocate and a writer to share about her thoughts on pill shaming and stigma associated with mental illness.

Why Pill Shaming Must End

It is no secret that mental illness has been stigmatized throughout the world for many years, and that this stigma presents differently per culture. Media depictions such as “Girl, interrupted” and “One Flew Over the Cuckoo’s Nest” are just some examples of movies that portray mental illness in a negative, shameful light in America. It’s clear how pill shaming and mental health stigma is prevalent in Western cultures, but what about in South Asian countries?

A 2017 study found that 193.3 million people in India were living with mental health disorders, including over 45 million with depression and anxiety each. In 2019, the World Health Organization (WHO) found that India’s suicide rate is 16.5 per 100,000 individuals, with the third highest female suicide rate in the world. In the Western world, research has suggested that South Asian immigrants have mental health needs that go unaddressed. Factors like abuse, neglect, acculturative stress, poor physical health, and traditional ethnic identity were found to cause depressive symptoms in older adults of South Asian ethnicity, for example. Barriers such as language, lack of cultural competency, and isolation are some common factors that prevent South Asian immigrants from seeking out or continuing treatment.

What is Pill Shaming?

Pill shaming refers to the negative attitudes society has towards the idea of taking medicine for health issues. Forms of pill shaming include labeling medicine users as “weak” or “crazy,” even asking users well-meaning questions like “Have you tried yoga?” or “You just need to think more positive!” Some of the reasons for reluctance to take medicines include fear of addiction and dependence, being seen as “weak” or “crazy”, and fear of side effects.

In South Asia as a whole, pill shaming starts with medicines beyond the psychotropic category, and may include taking painkillers for menstruation. Although medicines are frequently prescribed in India, both for physical and mental health, the stigma persists. Some doctors in India have found that the middle and upper class seems to be a bit more resistant in comparison to the rural class.

Benefits and Risks of Psychotropic Medicine

Historically, it has been suggested that mental illness means the brain is chemically imbalanced. Modern science offers other explanations about how psychiatric medications work. The main categories of psychotropic medicines include antidepressants, mood stabilizer, anti-anxiety, and stimulant medicines.

Psychiatric medicines are developed to balance chemicals in the brain, although this may be overly simplistic explanation, and therefore tame symptoms of mental illness, which is something that therapy can’t always accomplish alone. Many studies suggest that the right medicines, along with regular doctor communication, and psychotherapy, and other lifestyle changes, carries a great success rate. In fact, untreated psychosis can lead to cerebral dysfunction or grey matter loss, and psychotic episodes can be prevented with the right medication.

According to the Agency for Healthcare and Research Quality, most antidepressant medicines are equally effective in treating depression symptoms and possibly preventing relapses. However, every person responds differently to medications for reasons that the science community is still researching to better understand. Psychiatric medications, like all non-psychiatric medications can have potential side effects. For this reason, it’s important to be monitored by a physician on a regular basis when taking medication and to follow the instructions. Some stop taking medications as prescribed because they think they are “well again” without asking the doctor for help on slowly cutting back. There can be negative consequences to this.

There is no doubt that there are many risks and potential areas of improvement to be experienced with psychiatric medicines. It’s important to note that not everyone finds success with the first medicine or dosages they try. No matter what you decide, it’s important to never take a medication without a prescription and to be monitored by a healthcare professional when doing so.

So, being against taking medications does not translate into mental health. Let us fight stigma and pill shaming and learn to make more informed decisions about medications. 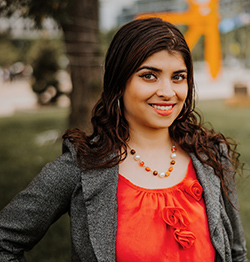 If you are interested in joining SAMHIN’s mission or have questions about the organization, please contact SAMHIN at info@samhin.org.