Go Back to India!

Go Back to India!

In keeping with SAMHIN’s mission of greater dialogue on mental health in South Asians and to highlight the important work and experiences of others in this area, we invited Parantap Pandya, MA, Clinician and community activist to share his reactions to recent incident in Plano, Texas.

On August 27, 2022, I was scrolling through my WhatsApp messages in various group chats with South Asians and came across an article about a hate crime towards South Asians. You can read the account and watch video of the incident in the Dallas Observer (scroll down in the article to see the video). My initial reaction was anger.

Here’s what happened… Around August 24, 2022, four Indian women had just exited a restaurant in West Plano, Texas when an angry non-South Asian woman approached and attached them verbally, and at one point, physically. News articles reported that she even threatened to shoot them. The woman told the Indian women to go back to India. Of course, she used more choice words which will not be included in this article.

When the woman entered the physical space of the South Asian women, why didn’t any of them challenge and fight back by saying, “Don’t you dare enter my space.”? When one was physically assaulted, why didn’t anyone counterattack?

What bothered me was that they did not hit back when hit. I could be wrong, but it almost seems to me as if they did not have an internal sense of permission to fight back and defend themselves. What I saw was what I have known all along – the South Asian psyche of being nice, defensive, explaining, and protesting but not allowing oneself to be equally angry and fight back. Of course, in all fairness, I do not know the actual emotional state of the four women at the time they were attacked.

I understand that the perpetrator’s view is not representative of that of the United States but her attitude of “I belong here, and you do not” comes from a certain place of entitlement.

I then shifted my focus to ponder what we are doing as South Asians. It was courageous of the four women who were attacked to record the scene and speak out about the incident in the heat of the moment. Not everyone can think clearly when faced with imminent danger, but these South Asian women took a stance and brought their story to the public. It is a powerful lesson of inspiration for everyone, especially in the South Asian community. Most South Asians have been raised to focus on doing well academically and advancing in careers. We have learned that this will help create a stable future for us. But, how about developing the confidence to speak up when we see something is wrong? I do not want to stereotype everyone’s upbringing, but for most of us, we grew up with the mentality of being soft spoken and nice. What we need to teach the future generations is to use our voice. This is not the first time we have heard about South Asians being attacked. We see injustice starting from school days with children being bullied for bringing home-cooked meals for lunch to the workplace where qualified individuals are not offered opportunities for promotions. It makes us angry when we hear about these stories.

What can we do to prevent this? We can set examples for the future generations by standing up for what is right and demanding what is ours. We can be cordial but confident when we speak up. We can show that the answer is not violence but taking a firm position. The four women were brave and are heroes for their actions while being threatened with gun violence. Our past generations have worked hard to give us the future we need. We owe it to them and the rest of the South Asian community to respect of ourselves stand up for our community. 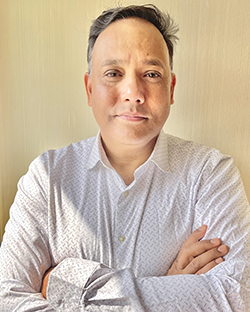 Edited by Oly Kar, Editor-in-Chief of SAMHIN’s blogs and a fourth-year medical student at Lincoln Memorial University DeBusk College of Osteopathic Medicine. Oly plans to pursue a career in psychiatry.

We would love to hear your comments on this post.

Received this on social media? Subscribe to SAMHIN Blog to be notified when the next SAMHIN blog is published.