ADHD – Not Just in Children

ADHD – Not Just in Children

“My 12-year-old son was recently started on medication for ADHD and it made a world of difference in his attitude, behavior and school performance. I have realized that I have similar problems as my son. I can’t focus and don’t finish my tasks. I have many unfinished projects all over the house as I jump from one thing to another. My boss is after me all the time because I never finish projects on time. I am very messy, and my wife is tired of cleaning up after me. Give me the same medication that my son is taking.”

Most of my adult patients seeking treatment for ADHD come to me with similar complaints. Some were diagnosed as having ADHD at an early age, but their parents did not let them receive the treatment. Parents sometimes are against use of medications often because of misinformation and misunderstanding.

In adults, symptoms of inattention and impulsivity dominate the picture rather than hyperactivity.

Deficient functioning in certain areas of the brain is thought to cause ADHD. Other conditions such as, severe anxiety etc. can also result in some of the symptoms seen in ADHD. Psychiatrists are trained to evaluate all this before embarking on treatment. ADHD usually starts during childhood and tends to run in families. We used to think that as the brain matures with age ADHD disappears. We now know that this is far from the truth. According to Kaplan and Sadock’s textbook for psychiatry, 5% to 8% of children suffer from ADHD at any given time. 60% of them continue to experience symptoms during adulthood. 4 out of 100 adults suffer from ADHD at any given time according to one study.

Untreated, ADHD causes significant impairment in individual’s functioning in professional, home, and social lives. They often do not realize their potential in life. Besides being called lazy, stupid, weak minded, unreliable and messy, they are often tardy and more accident prone. Family members are very frustrated and disappointed in them.

Frustration and failures result in increased vulnerability to addiction, poor self-esteem, anxiety and depression. It is ingrained into their thinking that they can overcome the difficulties if only they try harder.

Like most medical conditions, ADHD is not curable, but it is one of the most treatable condition. First step is to become more informed about the condition, get an accurate diagnosis and learn about the available treatments.

Medications combined with coaching and cognitive behavioral therapy (CBT) improves ADHD dramatically. There are many effective medications available including stimulants and non-stimulant medications. Coaching involves developing an effective plan of action to improve performance in everyday life. Cognitive behavioral therapy aims at training in self-evaluation and social skills, and improved control of anger and impulses.

So, remember, children don’t always grow out of ADHD as they become adults. Many effective treatments are available to help realize the potential.  If you suspect that you or anyone that you know, has ADHD it is advisable to seek a consultation and determine need for treatment for this highly treatable condition. 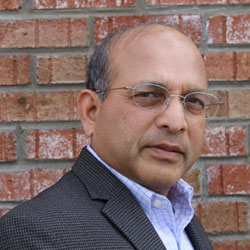 Feature image by NONRESIDENT on Unsplash